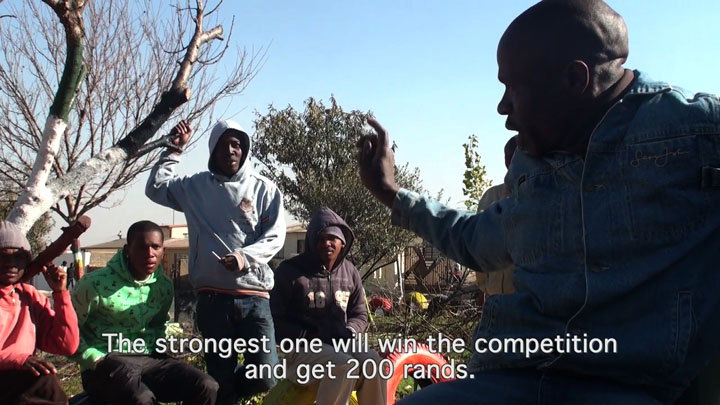 Soweto, South Africa. A black guy is standing within a poor environment, surrounded by trash and dirt, in the back of him barracks are visible. Pointing at his surrounding he talks loud and strong-willed into the camera in Zulu. Charged with emotions he complains about the corruption and distress in his country. Very convincingly and impressively he expresses his anger about the unfairness in South Africa, which is still omnipresent in the townships. Being furious about no changes at all he is demonstrating and communicating his feelings to the world.

A guy, who is sitting on the back of a Pick-up, is asking different men on the street if they are interested in participating in a casting audition. Everyone taking part has got 20 seconds time to tell the world, what concerns him most. The person with the strongest, most intense and sensational performance will win the competition. The winner will be filmed at a special place by presenting his message and will receive some money. After six men have joined the guy on the back of the Pick-up, the car drives to a location, where the casting takes place.